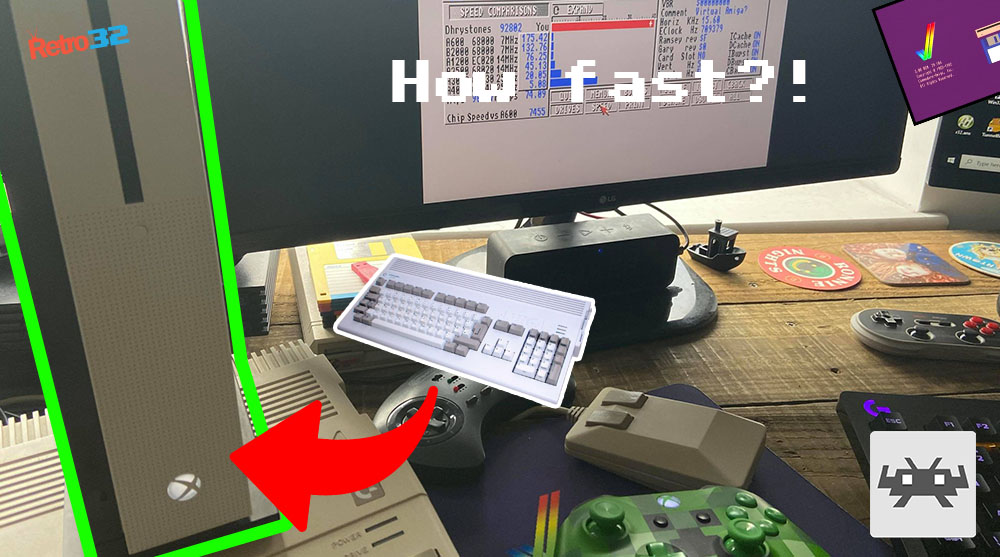 With all this news about how the Xbox Series S is the new “Emulation King” we thought we’d use our trusty Xbox One S* to see how fast we can emulate the Amiga on the system.

We were using the Amiga PUAE emulator under RetroArch for this testing. SysInfo reports some impressive figures however I did expect a little more, especially considering the performance we get from our Raspberry Pi4 setup. That aside, it makes for a very nice experience with Zeewolf 2, so that’s good enough for me.

As you can see the CPU scaling causes some issues with sound and the A4000/040 is MORE than fast enough for most titles.

It’s very early days yet and I’m currently working on having the system booting from an Amiga HDF with ClassicWB & WHDLoad fully setup. This machine really does have the potential to be a beast of an Amiga (fake Amiga) and using hardware that you may already have or and buy up cheap as chips now the next-gen consoles are out.

*Since all the scalpers took the Xbox Series and PS5 stock we’re using old hardware. Sorry.

And before you all start, Yes. Nothing beats a real Amiga however this is just another way to make the platform more accessible for those that might not want to fork out their hard-earned cash for real one. Enjoy and let us know if you’d like to see a tutorial on how to run the Amiga on an Xbox One S