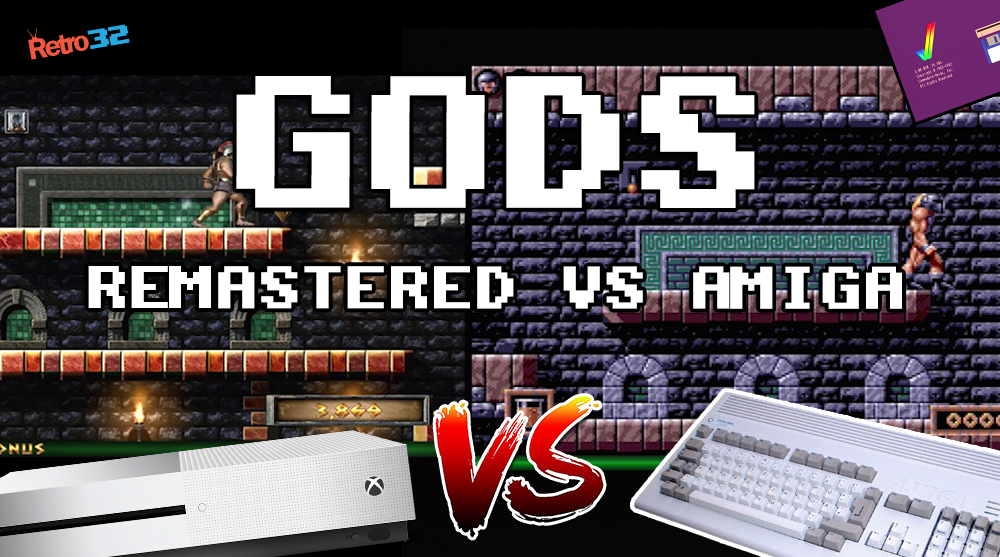 Gods is a fantasy platform game originally developed by legends that are The Bitmap Brothers.

As a teenager, this was a standout title for me and is well-deserving of a “remaster”. Thankfully, the remaster features an “original” graphics mode allowing you to step back into the 90s from your current-gen console.

Whilst the remastered version from Robot Riot UG is more than faithful to the original, it’s nowhere near as challenging. Feedback from the Amiga community has been hit and miss with many preferring the original and some calling the improved new look “amateurish”. Personally, I’m quite taken with the new look, it’s a modern twist to the original style and retains much of the character we all know and love.

GODS Remastered is available on Xbox, PS4 Steam and Switch as a digital download.

Let us know in the comments which you prefer Video captured using our beloved Amiga 1208 (+8MB) – RGB Scart to a KAICO OSSC & Xbox One S. Edited using Adobe Premiere Pro.

Check out the OSSC on Amazon here – https://amzn.to/2Xgg9Gp