Why you should recap your Amiga – Amiga Recapping FAQ 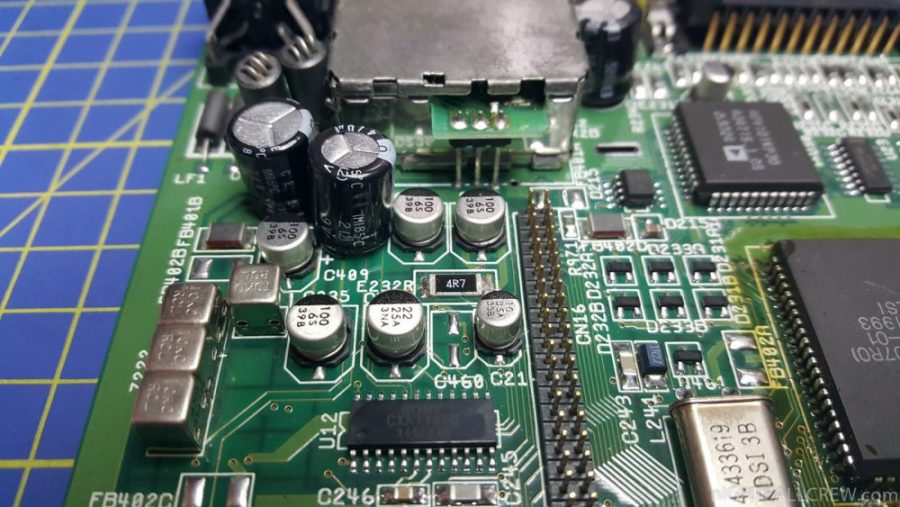 With many Commodore Amiga’s ageing into their 30’s, it’s likely that the years will have taken their toll. Whilst the Amigas have proven to be massively reliable compared to many modern consoles (looking at you Xbox 360), there is a common issue that affects many machines in the Amiga lineup. Namely, leaking capacitors.

Why do capacitors Amiga leak?

Capacitors in the Amiga are electrolytic, meaning they contain a liquid called an electrolyte. With age, these will start to capacitors leak. It may be hard to tell if is your Amiga’s capacitors are leaking, often it’s the side effects of the damage you’ll notice first

Can leaking capacitors damage the Amiga?

Leaking capacitors can damage the Amiga motherboard, causing issues to traces and soldering joints within. There are a number of side effects from this including

Which Amigas are affected by leaking capacitors?

The Amiga 600, 1200, 4000 and CD32 are primarily affected by leaking capacitors. The Amiga 500 and 500+ does not seem to suffer the same issues as the later consoles. Commodore used through-hole capacitors which have proven to stand the test of time compared to the surface mounted caps used in the later machines.

Can they be replaced?

Luckily for you, they can be replaced. There are a number of companies in the UK offering full recap and repair services for your beloved Amiga.

How long will they last

Depending on the type of capacitors used, it’s expected that they will last at least 20 years without falling foul to age. Some owners choose to have theirs replaced with Polymer capacitors will never leak. This is due to the polymer contained within them turning into a solid after a few hours use.

Can I do it myself?

If you’re confident with a soldering iron then there is no reason that you can’t recap your own amiga. Personally, I’d rather leave it to a professional as I did with my A1200 when I first purchased it. As expected, I had sound issues caused by leaking and required some trace repairs too.

Who should I get to do it?

We used a company in the UK called AmigaPassion. They recapped and repaired my A1200 when I first acquired it and also recently provided us with an Amiga CD32 which had already been recapped to ensure many more years of fault free service.

We’d recommend you check out the many Amiga Facebook groups for more information on recapping and finding a reputable place to have it done.

Have you suffered at the hands of leaking capacitors in your Amiga? Do you have any tips for keeping your Amiga in the best possible condition? Let’s hear from you in the comments below