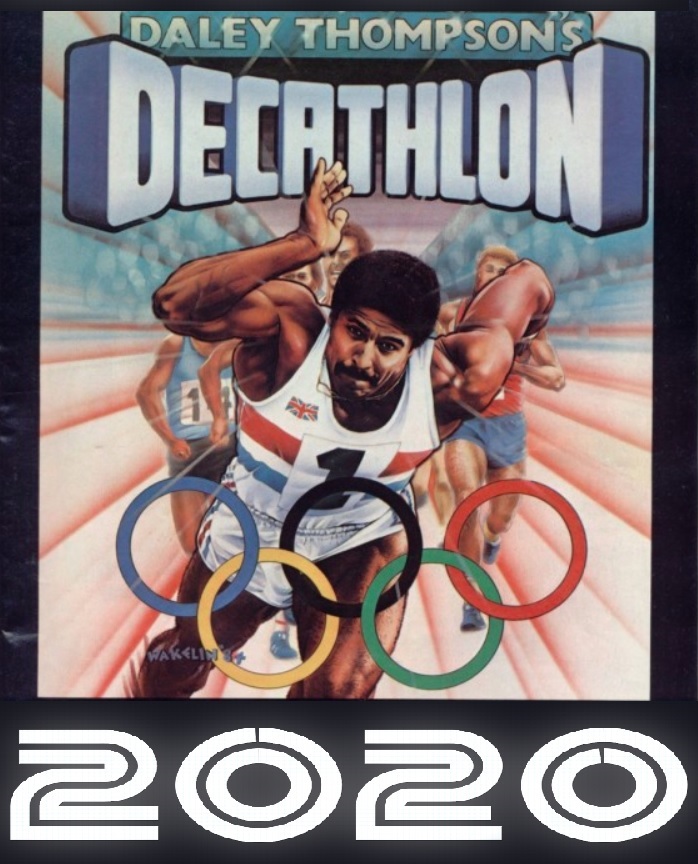 The “speccy” was the first family computer to grace our household back in the 80s and it’s little rubber keys still hold fond memories. 1984 saw Daily Thompson slip on his running shoes and into our homes with this classic sports game, Daley Thompson’s Decathlon.

Put simply, it was brutal. This joystick breaking, swear inducing game had me and my siblings hooked, each pushing the boundaries of human stamina in joystick waggling fury in an effort to outdo each other. As expected, tears and fists often followed.

Published by Ocean Software, Daley Thompson’s Decathlon was released in 1984 to critical acclaim. The title was one of the earliest person-licensed computer games and even secured a golden joystick for Best Arcade-Style Game of the Year, just beating Boulderdash to the finish line.

Software developer and spectrum enthusiast Mike Sitch has taken the baton and dragged the title into the present. His improvements, whilst modest have taken the original game and squeezed it all into one “game” – no longer requiring a tape flip to access all the events. The mechanics of the game itself remain unchanged with small improvements and tweaks helping to polish what is already a cracking title.

This is an update to the classic 1984 game for the ZX Spectrum 48K, which I loved, but always wanted it to be a little different so here is the result. 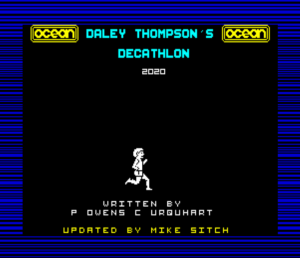 In Mike’s own words…

Being able to play all the events as one game completes the title. We appreciate that Ocean had their work cut out for them trying to squeeze the game onto one side, so it’s great to see this new release turn Daley into a seamless sports experience. Thankfully, it still retains the furious gurn inducing, button bashing mechanics which so many sports titles these days have left behind. It’s not quite the same on a keyboard but the 1500m did leave my fingers aching as I furiously tried to beat my son’s outstanding long-distance effort.

Seeing titles like this given the love and attention they quite rightly deserve so long after their original release is heartwarming. The changes to the game have gone far to improve what already is an award-winning formula doesn’t take anything away from the original game. We look forward to further games and speccy related projects from Mike, it’s great to see such passion for the platform after so many years.

Where can I get it?

Which Emulator can I use?

We use SpecWin48 as our emulator of choice for the spectrum, also developed by Mike. It can be downloaded from the Microsoft Store using the link below

What are your thoughts on Daley Thompson’s Decathlon 2020? Which titles would you like to see remastered in 2020? Let us know in the comments below