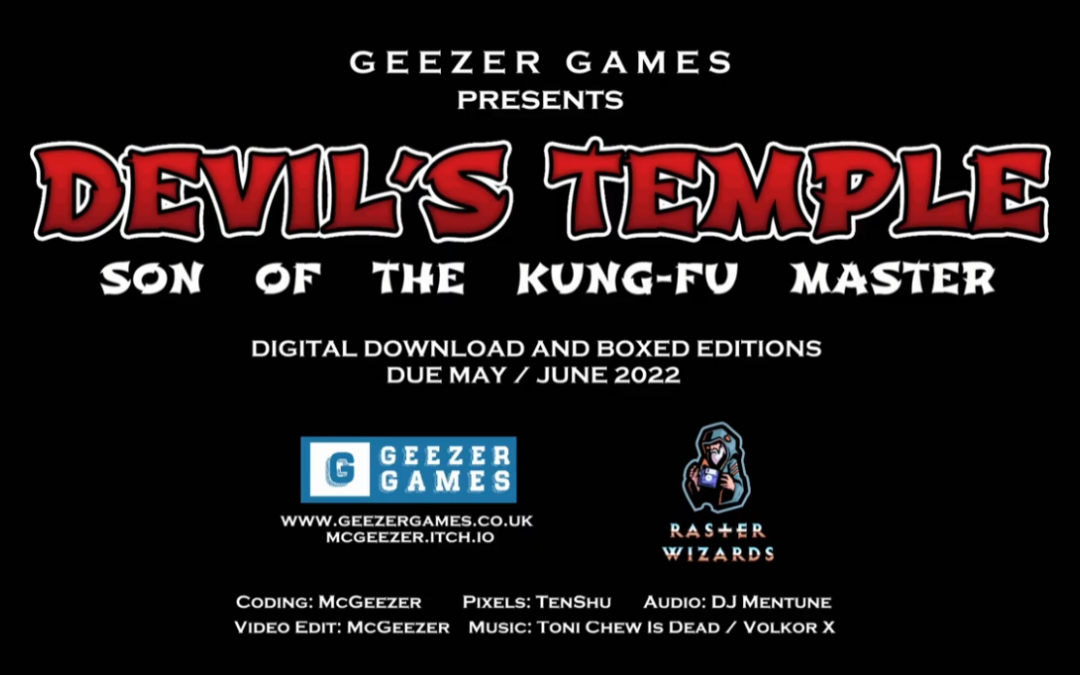 The legend behind the epic Amiga titles such as Turbo Sprint, Rygar and Bomb Jack Beer edition has dropped the official promo video for the highly anticipated Amiga game: Devils Temple.

Developed for Amiga OCS, ECS, AGA and upcoming A500 Mini the game will feature 10 stages with intense arcade Kung Fu action based on the classic Irem games of Kung Fu Master and Vigilante. Over 300 frames of animation have been packed into the game and every cycle of performance has been used on the Amiga A500. The game will adapt to expansions so extra chip ram will result in better music, AGA will provide extra colours and increased enemy variety in-game.

In an exclusive interview with Graeme Cowie,  we can confirm that each one of the 10 action-packed levels will feature its very own boss. Upon release, the soundtrack will also be available separately for your favourite Amiga player. He Said, “The game is by far the biggest I’ve done, bigger than Rygar and that was bloody AGA. I really have squeezed every bit of performance out of the A500 to keep it at 50 frames. There’s some pretty nifty tech going on inside the game that I’m quite proud of the main character alone has 400kb of sprite animation crammed down into 120kb by using a tile engine.”

The game is due to drop in May / June of this year and is available for pre-order from Geezer Games, I’ve already secured my copy! Whilst you’re there check out some of the other GG titles available to order.

We’ve been following the development of Devils Temple closely over on Graeme’s YouTube channel and can’t wait to receive our copy. If Turbo Sprint is anything to go by, this will be one of the must have releases for the Amiga in 2022.

If you can’t wait that only you can check out McGeezer’s itch page for a downloadable demo – https://mcgeezer.itch.io/kung-fu-remaster