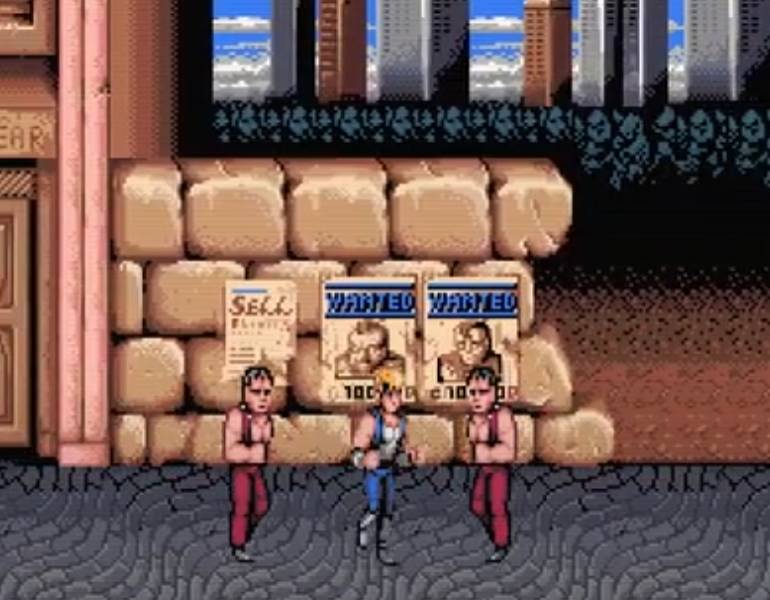 An Amiga developer by the name of “ElectricCafe” over on EAB has confirmed that work has started again on his arcade port of the classic side-scrolling beat em’ up Double Dragon.

Initially started in 2020 in C, work on the port (intended for the A500) has resumed with the help of the Scorpion Engine. Work on the port had stopped in March of 2021 so it’s exciting to see progress on what was a truly iconic game from my childhood.

For those interested, we covered the highly anticipated game Creeping me out: Hex Night by Mixels Lab’s which is also being developed in the Scorpion Engine (link below).

The editor is a fine piece of kit designed by Erik Hogan – it takes the hassle out of many graphic & tech related tasks and offers many clever speed optimisations.

So I spent a weekend setting it up, including the tiled level 1, a player and some enemies. After some intial tests at 50fps it was clear that with Amiga 500 + expansion settings it wasn’t going to be able to support it without slow down.

Luckily the Scorpion Engine has a 25fps option (this was the frame rate we were initially targetting anyway). Using this option the game runs solid and feels fantastic, being able to support many characters on screen at once without any obvious signs of slow down. This is important as if a framerate is established from the start, your eye gets used to it and it feels good.

It’s very much early days for the development so we’ll keep you posted and hope to follow this up with an interview with ElectricCafe in the near future. For now, see the proof of concept video below. We really can’t wait to play this!

You can check out this project blog on his website – http://www.electriccafe.xyz/double-dragon

Want to know more about Double Dragon – check out the Wiki