For those who follow the legend that is h0ffman, you’ll have seen his game development twitch streams for the upcoming Amiga port of Cecconoid.

Whilst still officially in BETA, we’ve been granted previews of the game through its development as it races towards a 2023 release date. I’ve played the original from triple-eh? (Gareth Noyce) and its a beautifully faithful port of the PC version (lInks below).

This epic 8-bit-inspired shooter reeks of the mighty spectrum. It’s the love child of Cybernoid and Robotron with some added musical spice added. The game is an absolute beast. A fast-paced, mine shooting, laser dodging, mini hamburger swarming – particle fest. It’s simply glorious.

I don’t want to spoil the game so I’ll not go into further details but we can confirm this is going to be one of the best new games for the Amiga in 2023.  I could gush over the game all day, so let’s hear from “the h0ff” himself.

Are you planning for a 2023 release?
It’s currently looking like an early 2023 release. The main Cecconoid game is basically done but there is still the minigame Eugatron to add and of course the last 10% of polish which takes ages. Once the game is complete then we move to production.

Will there be a Physical box?
This is definitely happening. The box will contain floppies and hopefully a CD too. The game is being published by Thalamus Digital who were responsible for publishing the Nintendo Switch version of Cecconoid. https://www.thalamusdigital.co.uk

What inspired you to take on the Cecconoid port?
My last two projects, Metal Gear and Knightmare, were mostly experiments which got out of hand but I learned a lot about making games and how much you could push with an Amiga. The big issue with those however is that they were unofficial, i.e. not licenced from Konami. I wanted my next project to be something official so I asked Gareth Noyce if I could port Cecconoid.

What feedback have you had from Gareth (triple-eh? games) on your port?
All very positive so far. He’s mostly seen screenshots and video clips and provided some guidance as to what was important to try and recreate. For example, the particle engine was a really big thing for him as it was styled on Robotron, so getting that right was really important. The real test will be when the release candidate is ready and I get him actually to play it. I’m expecting to have a list afterwards.

Did you encounter any limitations with the Amiga hardware?
Yes and no. Mostly the game has been running full frame rate on a base A500 but some of the busier screens are a hitting a bit of a struggle. There are situations where there are loads of enemies and projectiles flying around, performing collision detections etc. Some cases will be optimisations that are required, others maybe balancing the particle count against everything else going on. However, there will be an option to push everything to max if you have a faster Amiga.

Have you got any plans to include any extras / improvements so your stamp is on the game?
Yes, I’m currently working on a third secret room only available in the Amiga version. There will be more little things added which are off to the side which will mean the original game, rooms and structure will remain intact. It’s also the first time I’ve implemented an achievement system so I’m having fun thinking up additional bits for that. The original game is styled like a ZX Spectrum game so there is a REALLY big bonus for fans of the system if you can find it.

We’ll keep you updated the progress of Cecconoid. I’d also highly recommend that you snag the for the PC. Trust me, you need it in your life. 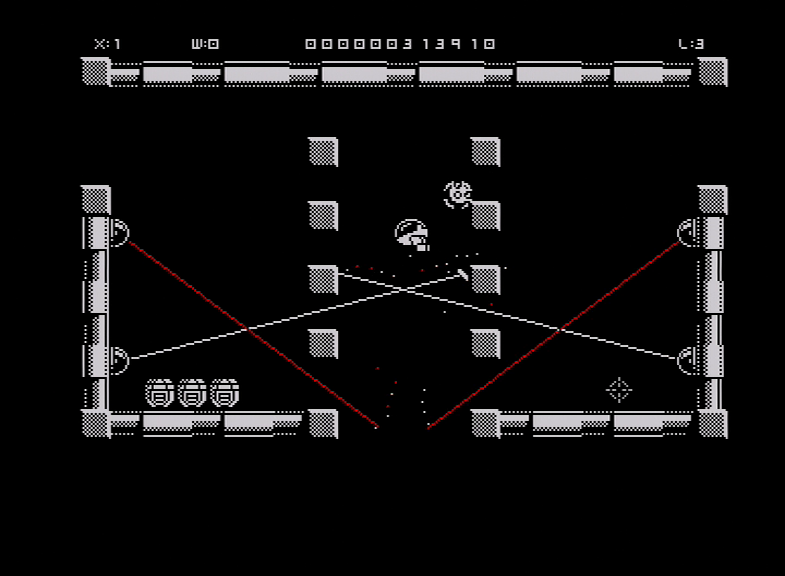 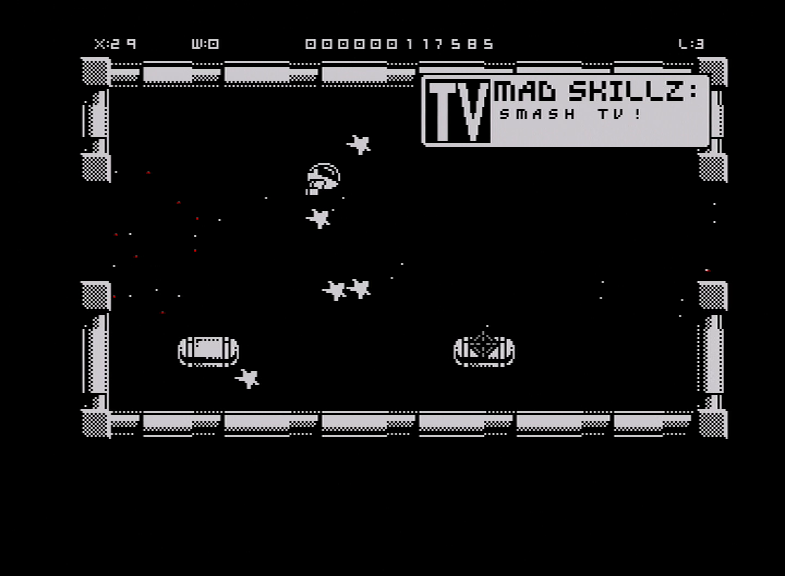 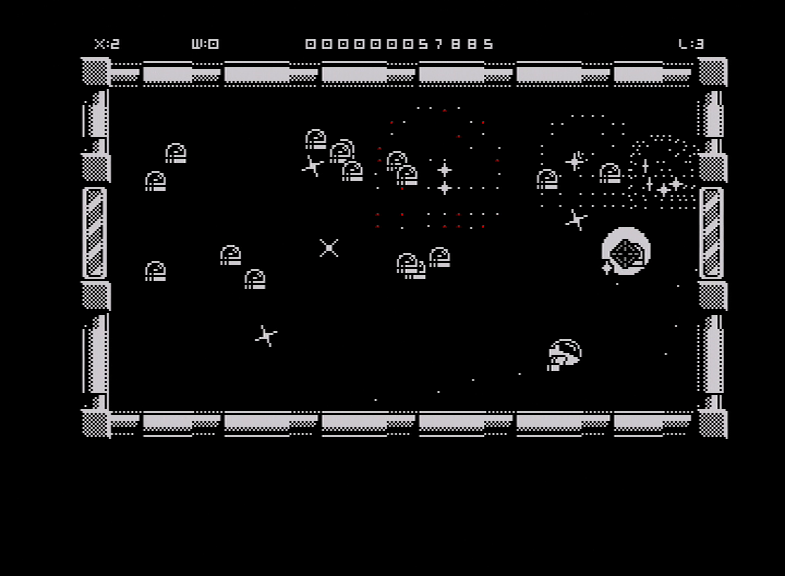