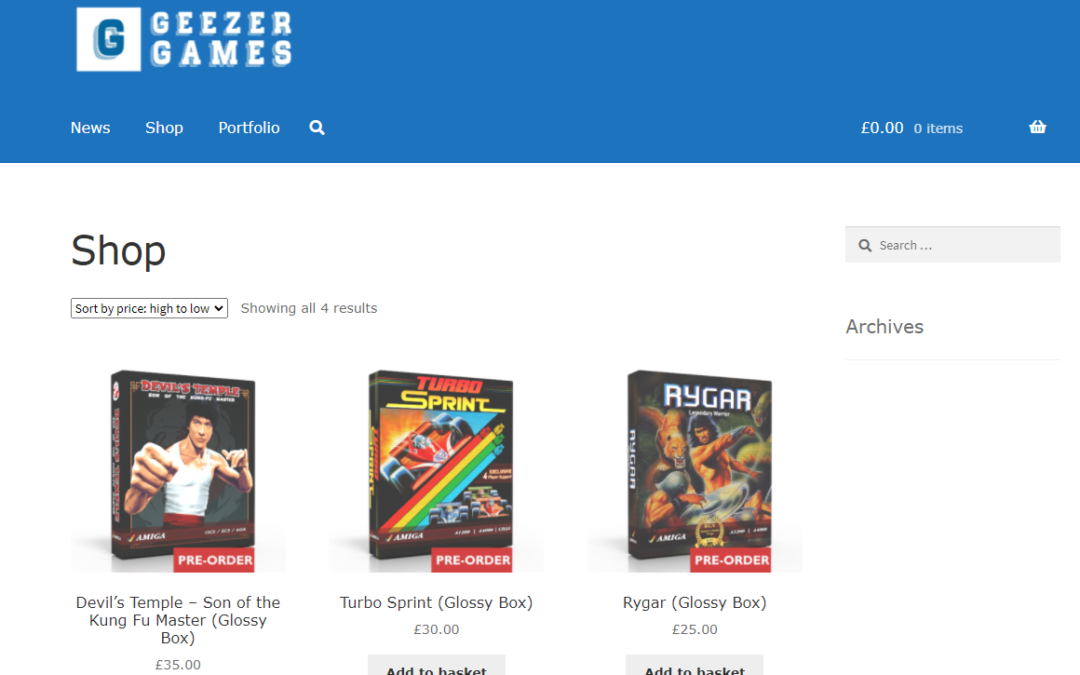 Hot on the heels of the epic Turbo Sprint and continued development of Devil’s Temple, Geezergames.co.uk has launched offering pre-orders on these epic Big Box titles.
For those of you unfamiliar with McGeezer, he’s the legend behind titles such as Turbo Sprint, Rygar and Bomb Jack Beer Edition. Devil’s Temple (Kung Fu Remaster) is currently in development and due for release in Feb 22 – you can check out his progress here.
For those interested in ordering, use the code HALLOWEEN for 10% off.
We reached out to McGeezer about the move to launch his own store. He said, ” I get in-undated with people wanting the big boxes, also the logistics of doing the boxes was very time consuming… so I just decided to put up a webstore so that people can easily pre-order the physical edition of my game boxes. Plus it shows off the boxes nicely too.”
Check out https://www.geezergames.co.uk/
We’ve previously covered the epic Turbo Sprint – If you haven’t already see it you can check it out below