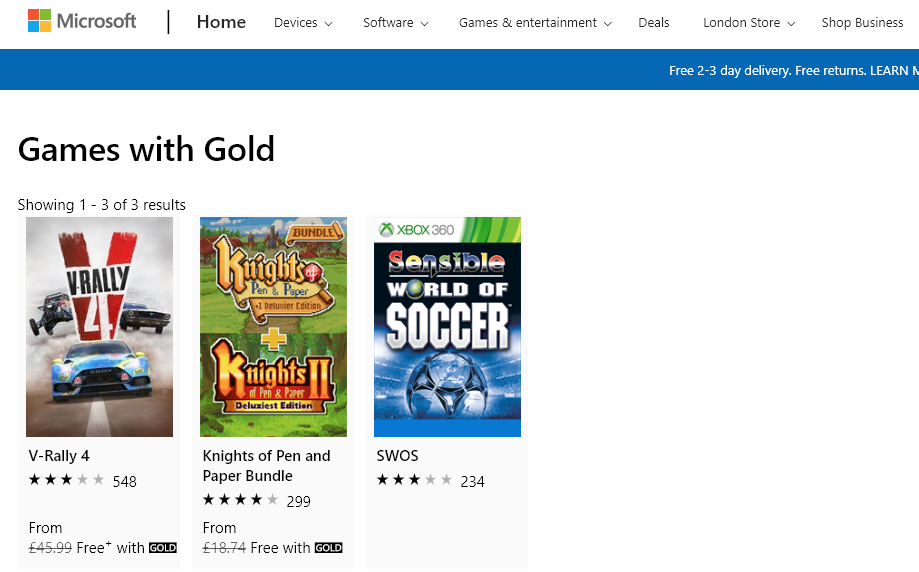 From now until May 15th you can grab yourself the epic Sensible World of Soccer Free on Xbox with “Games with Gold”.

This epic football / soccer (bloody Americas) was originally released on the beloved Amiga and has been ported to every generation of console since.

Graphically, things have improved a little since 1994 but the game still plays like the original Amiga version with simple, fast-paced football action which makes for an absolute riot in multiplayer.

SWOS will be available FREE for all Xbox Gold subscribers until May 15 – if you’re not already subscribed then head over for Amazon for great prices on Gold and Xbox Game Pass.

Joining Sensi this month is V-Rally 4 and Knights of Pen and Paper Bundle, both OK titles but nothing compared to the might of Sensible Software’s iconic footy game.