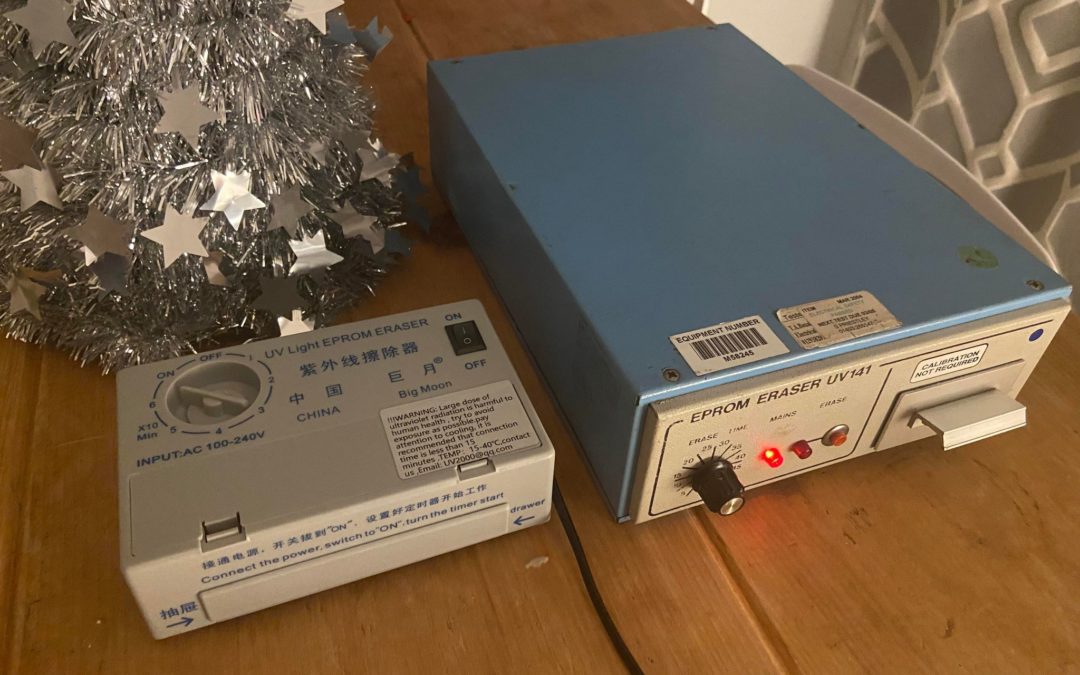 After putting together all the kit needed for Amiga kickstart ROM “burning” an Eprom eraser was the last thing on my shopping list. Whilst not completely essential, some of the ROMs I’ve received are very far from blank and need a quick UV bath to allow a successful write.

Like many in the Amiga community, I first opted for the Chinesium special Eprom eraser which was a rushed purchase for an urgent order. Whist it “worked”, it was far from what I call safe and made me question what sort of QC Amazon has in regards to these kinds of products. Not only did it still sport a non-UK plug – its lack of a CE mark and astonishingly thin power cables were very alarming. Even more concerning were the results when using it in my dimly lit office. As you can see from the photo below, keeping harmful UV rays within its brittle plastic casing was of little concern. On the two occasions I had to use it, I made sure to shade it with a box and place it on a tray that could be quickly launched into the garden should it spontaneously combust. You won’t be surprised to learn that it was promptly returned to Amazon after erasing a handful of chips (without incident)

I ordered this so you don’t have to 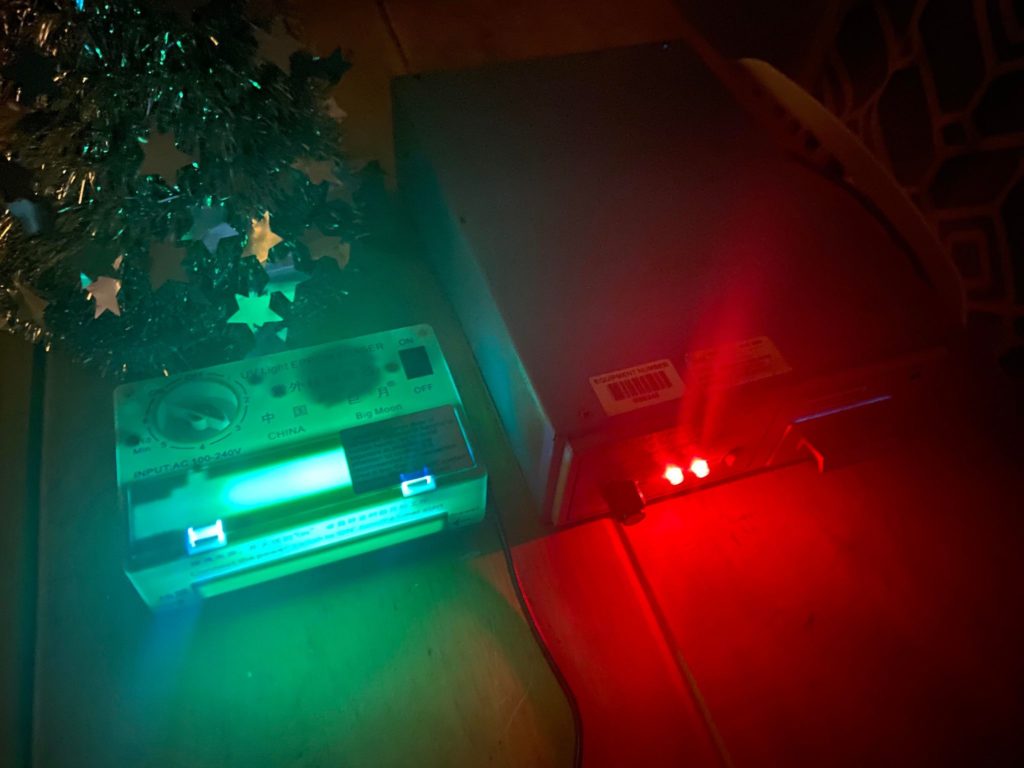 You might want to pop a pair of sunglasses on

With the Chinese death machine’s days numbered and return booked, I took a punt on an industrial eraser I spotted on eBay. What caught my eye was the aesthetics more than anything, the functional lines of the device together with it’s baby blue exterior made me think that it was used in some kind of medical lab. I promptly parted with my money and awaited delivery. 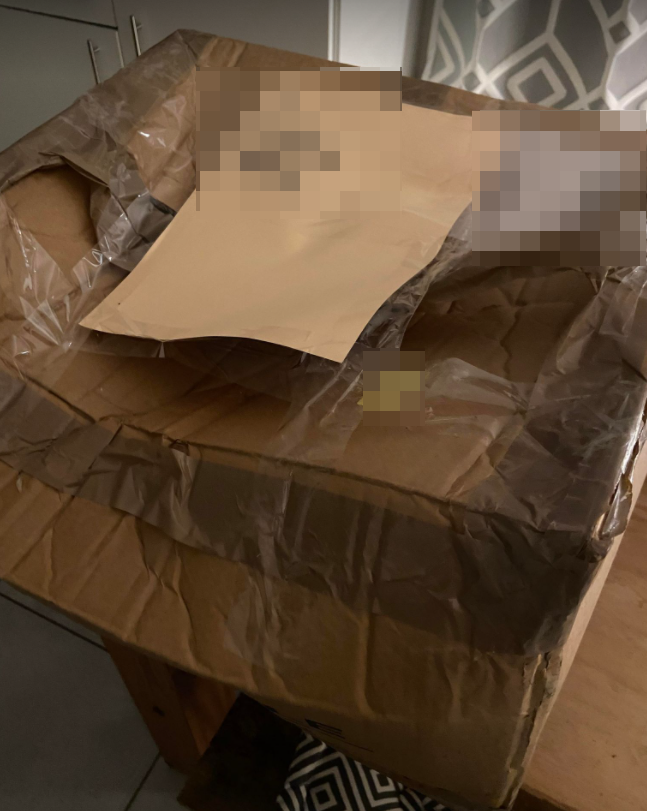 Whilst I did arrive in “one-piece”, the box took a beating on its travels. Thankfully (and surprisingly) the UV lamp was in one piece. 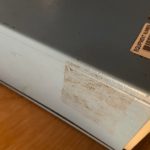 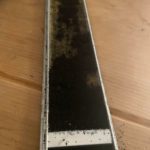 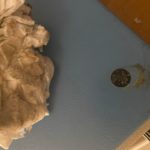 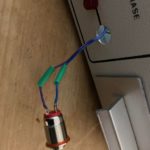 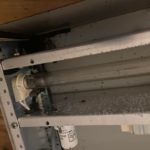 As expected the eraser arrived in a “used condition” sporting many years of grime and sticker reside. Inside the foam padding on the ROM tray had completely deteriorated over time with crumbs of foam coating every surface like a bad case of black dandruff.

Surprisingly, the eraser actually worked. It was however wasn’t without its issues. The timer knob was spinning freely and the erase button was temperamental at best.

Before running the UV light for a sustained period I used a cleaning brush the trusty Dyson to rid the inside of all traces of the crumby mess. The timer was promptly fixed a “period correct” button was acquired from ebay. It was also treated to some lovely rubber feet to prevent any further damage to the paint. After some spit and polish, I was left with a stunning eraser that not only worked perfectly, it didn’t try to kill me. I left the remaining stickers on as a reminder of its past life.

Compared to the Amazon UV Death machine, the GP Industrial UV141 Eprom Eraser is an engineering marvel. Its industrial looks combined with bomb-proof build quality make it a joy to use. There’s something about loading chips into the draw that closes tight with a little nod from the microswitch. It’s a much of a part of my collection as the glorious Amigas that I love so dearly,

For those interested, the GP Industrial UV141 cost me £75 on eBay, I spent an additional £5 on a button and some clear rubber feet. In total, I put a total of two hours into getting the machine back into working order. 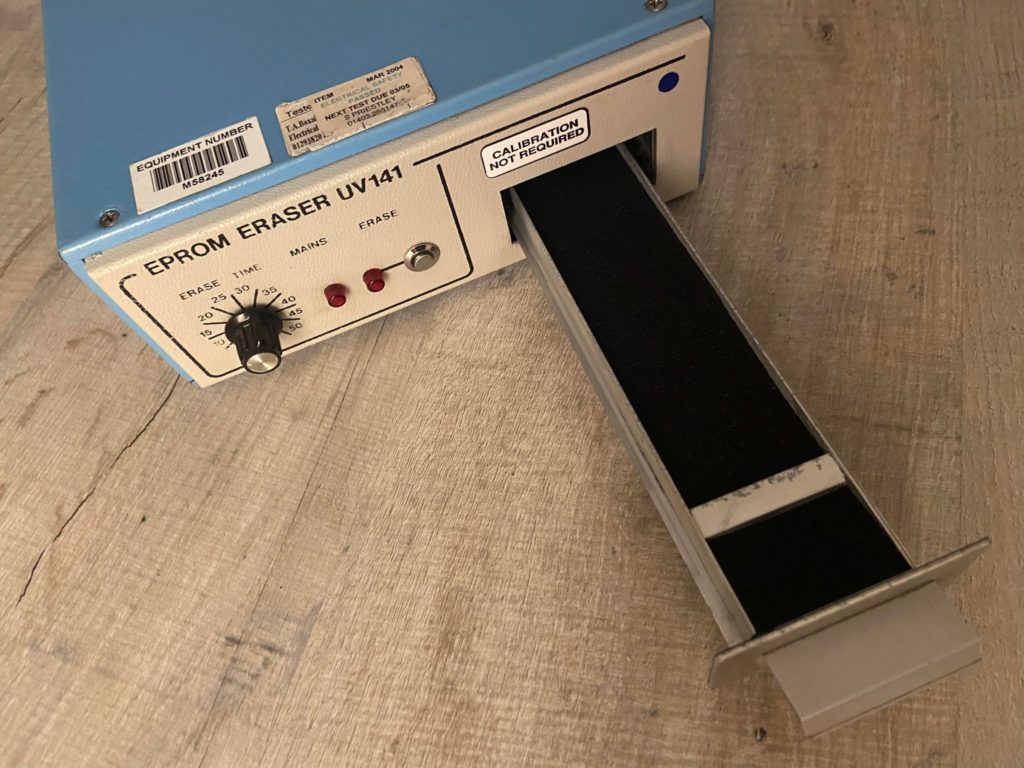 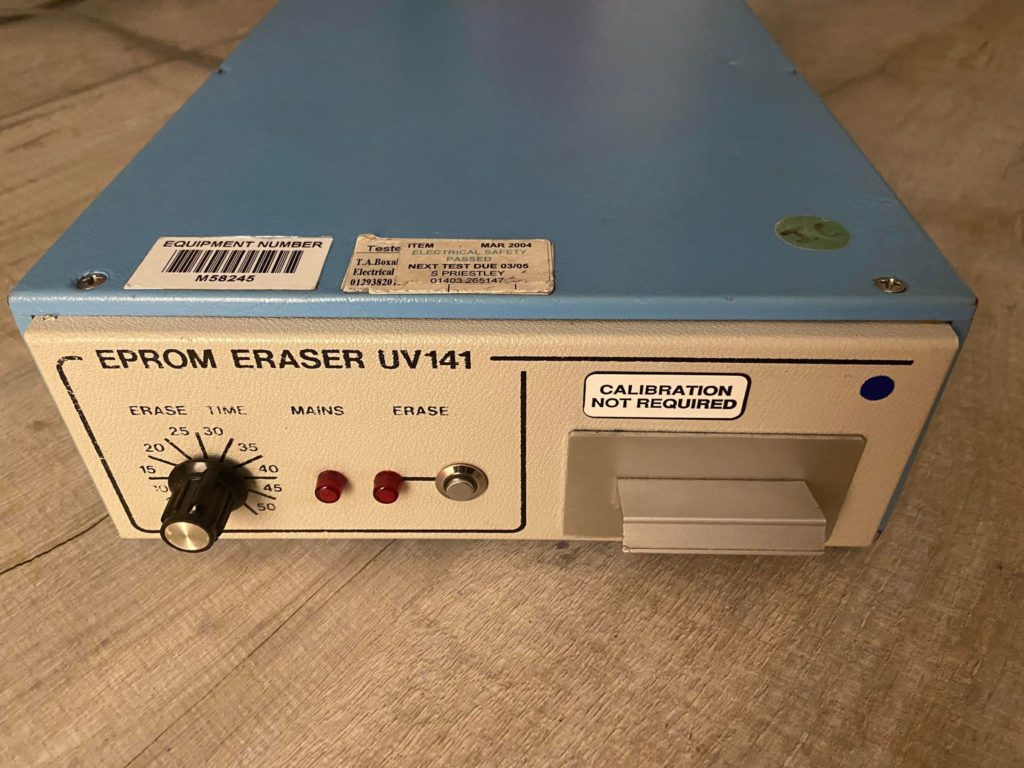