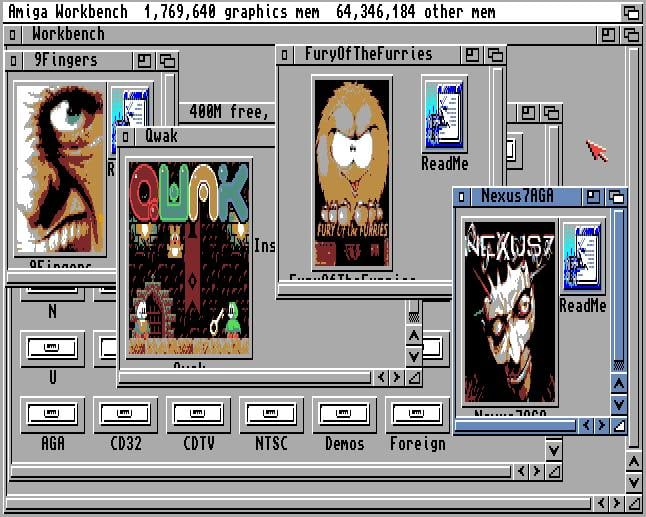 For those of you who love the Amiga but struggle with setting up a Workbench install with all your favorite games, Zeb has the answer. His regular releases of his Zeb’s WHDLoad contain pretty much everything you need to enjoy nearly every game, demo and disk magazine so far converted for WHDLoad all contained in a single 16GB Amiga disk image. Simply download the file and write it to your Amiga’s hard disk using Win32Disk Imager.

Before you run off and download, please be aware that this image has been designed with machines running an 020 at with at least 2MB of ram. I have the image loaded onto my PiStorm setup and it works a treat with 2MB of ram but we’ve still run into some issues which I’ve put down to not quite enough memory. On my Amiga 1200 sporting a TF1260 it runs like butter and is my go-to hard drive for Amiga gaming.

With the upcoming Amiga Mini on the horizon, this image could well be the ultimate solution for the console if the machine supports the use of hard disk images. On that note, they are still available for pre-order on Amazon as below

How many have you done so far?
Only one, it’s the same pack just updated each time with every new addition and update.

What inspired you to start doing them
It started off as a project only for myself and I thought I’d release it for others to share.

What’s the hardest part about putting the Zebs WHDLoad image together?
There’s no hard part, it’s all easy. I’m a veteran when it comes to AmigaDOS, putting disks together, setting up systems etc. Some of the PD/SW software in the bonus HDF have been created by myself. They stand out because I use the old drawer icon.

Any plans to put igame on there
No. There are various game launchers out there and if someone wants to install one they’re welcome to but I never will. The reason I separated them into separate drawers for easy access was because I don’t like those launchers and separated like they are, they’re more than easy to find. I know people have had problems locating certain games but that’s because they forget to look in other drawers like NTSC for example. Not every game came out as PAL.

Any plans to change the image in the future?
No. The image will be staying as it is. People know it and how to use it and extract what they want from it.

What’s the best game on your image?
Too many and also not many to mention if that makes sense. I was never a massive gamer but those I did play often were Fury of the Furries and Qwak.

Do you accept donations / tip jar for doing it. How can people reach you?
No, What I’m doing is actually very basic and the hard work is done by the guys putting their time into converting games and demos for WHDLoad. I really would be happy if people donated to them instead as they need the support and motivation. The link can be found on the official website here: http://www.whdload.de/reg.html

For regular updates from the main man himself be sure to head over to the Commodore Amiga Facebook group and check the files section. We’ll also be sure to keep you posted on any further releases.

You can download the image below – be sure to check out the FAQ. It explains some other requirements such as the kickstart images (google for these)