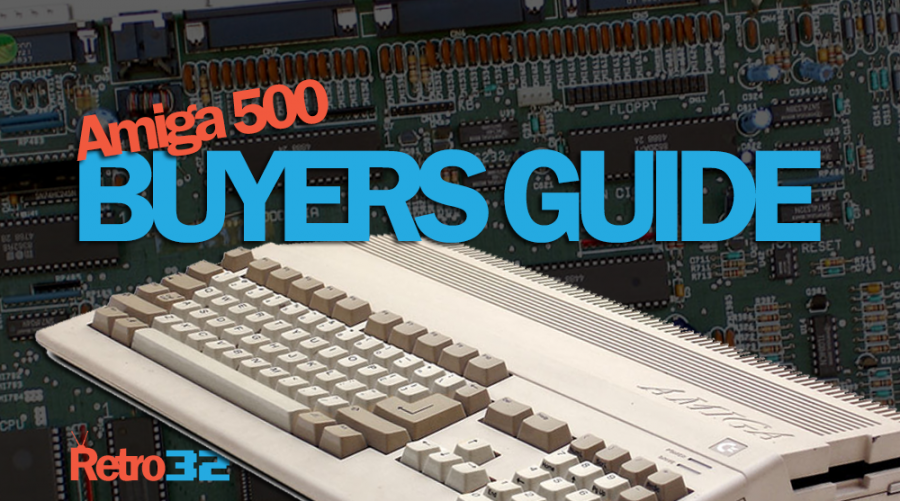 The Commodore Amiga 500. Arguably the best 16-bit computer ever made (certainly my favorite). Whilst many people called it a console, it was a lot more. It was a home computer for the masses that did everything. Homework. Gaming. Programming. Productivity. The Amiga 500 was the jack of all trades and maybe even the master of some in its heyday.

The Amiga 500 was released in 1987 and over the years proved to be Commodore’s best selling Amiga model. Ever. It’s estimated that over 6 million units were sold. In 1991, the “enhanced” successor to the 500 was released, namely the 500+. The 500 series Amiga was eventually discontinued in June 1992 and was replaced by the baby A600. You can read more about the Amiga 600 in our Amiga 600 buyers guide. (Coming soon)

The A500+ was introduced in late 1991/1992 for a number of reasons. Minor changes were made to the motherboard to make it cheaper to produce, it was also Commodore’s was of introducing a new version of the Amiga operating system (2.04) or kickstart. This causes a number of compatibility issues with older games. The A500 also rolled off the production line with 1MB ram as standard and a battery-backed RTC (Real Time Clock).

Due to the compatibility and battery issues, we’d advise that unless you’re adding a 500+ to an existing Amiga collection, you should opt for a 500 over the plus.

The Amiga 500 features a 9-pin Atari controller port. This meant that as we all the huge array of purpose-built controllers made for the Amiga, it was also compatible with my favorite controller – the Sega “batwing” Mega Drive controller. Another popular choice was the classic Competition Pro joystick, it’s iconic design and bombproof construction made it a popular choice.

The Amiga 500 was bundled with the iconic Tank mouse. This two-button mouse is a design classic and provided to be very reliable. As with all ball mice, it required some maintenance and cleaning but overall it proved to be a solid point and clicker.

The Amiga 500 was released with a number of motherboard revisions. We would suggest going for the latest version you can find, however, it’s not always that simple without opening up the machine. As below, the revision number will be clearly printed on the motherboard.

If you spend way too much time lurking around the Amiga Facebook group pages, you might have spotted a couple of “special edition” units being flaunted. These two “New Art” units were produced to commemorate the millionth Amiga sold. Commodore Germany produced two special edition A500 ‘New Art’ case designs. The first depicted a tiger theme, with a second design sporting five coloured balls. The case graphics were designed Stefanie Tücking of the German radio station SWR3.

Inside the units remained the same but as you can expect, the prices these limited edition consoles go for is not! 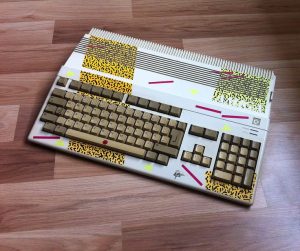 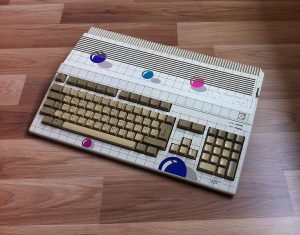 This is where things are going to get controversial. Rather than attempt to rank the best games available for the Amiga 500. I’ll list my favorites titles from a number of genres

Other notable games include Magic Pockets (check out our video here), Supercars 2, Pirates! and The Secret of Monkey Island. Whilst most (maybe all) of the games above were not exclusive to the Amiga 500, they were games that still hold a very fond place in my heart.

Workbench was the graphical file manager for the Amiga – think of it as the Amiga “Windows”. It provided a GUI interface enabling utilities, applications and games to be executed in a “desktop” type environment. The Amiga 500 was shipped with Workbench 1.3.

Deluxe Paint (or DPaint as many knew it) was a title synonymous with the Amiga. It was the go-to paint and later animation tool for the system.  If you had a 500 as a kid, there was a very high probability that you had DPaint in your software library. Who could forget that iconic pharaoh?!

DPaint began its life as an in-house art development tool called Prism and later in its life was used extensively by game developers for the creation of graphical games.

Essential Upgrades for the Amiga 500

It’s been a while since we last updated this article, a lot has changed since then. We are proud to now offer a wide range of Amiga 500 upgrades including the mighty PiStorm and RGB to HDMI adapters. You can check out our products here 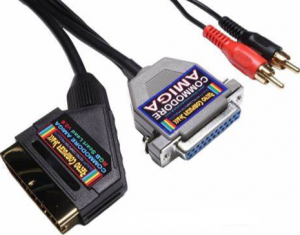 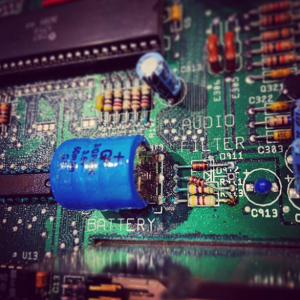 We’ve never been quite sure why the Amiga 500+ needed a battery-backed RTC (Real Time Clock). As above, it’s one of the biggest issues for the Amiga 500+. To save yourself future heartache we’d suggest that even if the battery isn’t leaking, you remove it anyway.

The removal process is relatively simple. With a pair of small sharp wire cutters remove the foot pin from the left of the battery. Then lift the battery up and over to the right and back again – weakening and eventually breaking the legs on the right. If you’re handy with a soldering iron you can remove it “properly” but we don’t really see the need.

As you can see on the image below, the leakage from battery can cause considerable damage to an Amiga 500+ motherboard. 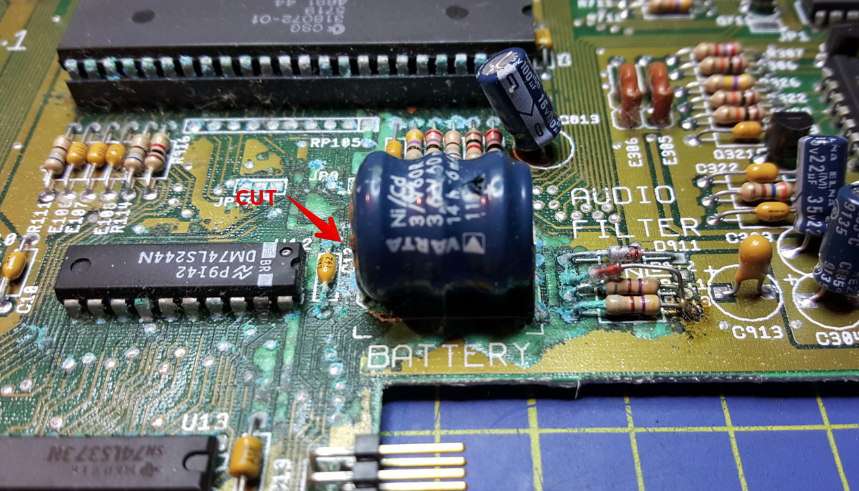 Does the Amiga 500 need recapping?

The Amiga 500 used higher quality through-hole capacitors which did not suffer the same fate as those on the A600, A1200, A4000 and CD32 which use surface-mounted units, prone to failure.

Unlike the A500+, the humble A500 did not contain a battery, this prevented issues with leaking cells causing untold damage as they leaked over time.

Whilst not necessarily an absolute must, recapping the A500 does have its benefits. It will help lengthen the life span of the machine and also help resolve issues with poor sound and video quality. At present, both my A500 units remain with the standard capacitors whilst my beloved A1200 and CD32 were sent away for recapping immediately after purchase.

Where to buy your Amiga 500

There a number of market places offering the sale of second hand Amiga 500 machines. We’d be very careful of eBay, we’ve heard from a number of buyers who have been duped into buying faulty consoles. Amiga eBay prices also seem to be inflated compared to those seen elsewhere. Our Amigas were purchased through the various Facebook groups and apart from our CD32, they were collected and tested in person.

Depending on age, condition, bundled accessories and games you can pay anywhere from £30 to £200 for an Amiga 500. I would strongly advise that you test the machine thoroughly before you hand over your cash. Test all the keys, the display and sound quality. Is the floppy drive in order and is there any water damage? Make sure all the required cables and power supply are included. Be sure to check if the machine has already been upgraded to 1MB of ram, this could be a negotiating point.